Tuberculosis (also known as “TB,” “TB disease” or “active TB”) is an airborne, contagious disease caused by a bacterial infection. Without proper treatment,up to two-thirds of people with TB disease will die. A person with TB disease has symptoms that can include intense coughing, significant weight loss, fatigue, fever, and night sweats. People with advanced stages of the disease can cough up blood and small pieces of lung tissue. When a person with TB disease coughs, the TB bacteria exit the body through the mouth and are expelled into the air. The bacteria can survive suspended in the air for hours, during which time people breathing that air can inhale them and acquire TB infection.

Because TB disease is a contagious airborne illness of public health concern, all states require suspected and diagnosed cases of TB disease to be reported to state health departments. These reports are forwarded without identifiers to the​ U.S. Centers for Disease Control and Prevention (CDC). 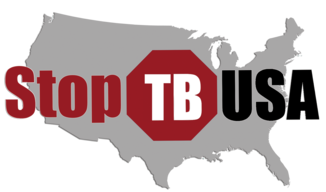 Tuberculosis (TB) is an airborne infectious disease that requires long and complex treatment with several antibiotics. People can live with TB infection for years—even decades—without symptoms before developing active TB disease. Millions of Americans are living with TB infection: one in 24 people inthe U.S.Recognizing people’s right to know their TB status, this paper calls for a more robust national response focusing on diagnosing and treating TB infection in order to prevent future cases of TB and to stop its transmission.

Where we unite to #EndTB!

According to the CDC, an estimated 11 million people -- roughly 1 in 24 people -- in the U.S. today are living with TB infection.

Who is most at risk?